Thank you for your message.

A little extra thank you for a wounderful experiance with the pilot Mehmet, for safefully taking us on a spectaculre trip over the Capadokian valleys on march 6. This is something we will never foget.

We are happy to hear that you had wonderful time with Pilot Mehmet. He also had nice time. Look forward to welcoming you again!

pilot:Mehmet AÇIKALIN
Posted by Rainbow Balloons at 9:31 AM No comments:

Email ThisBlogThis!Share to TwitterShare to FacebookShare to Pinterest
Labels: English, We are Rainbow Balloons!

Thank you message to Pilot Kemal 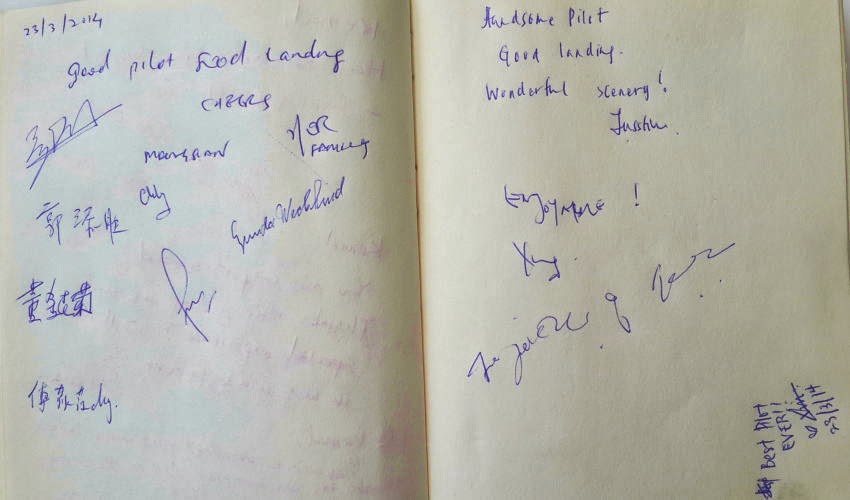 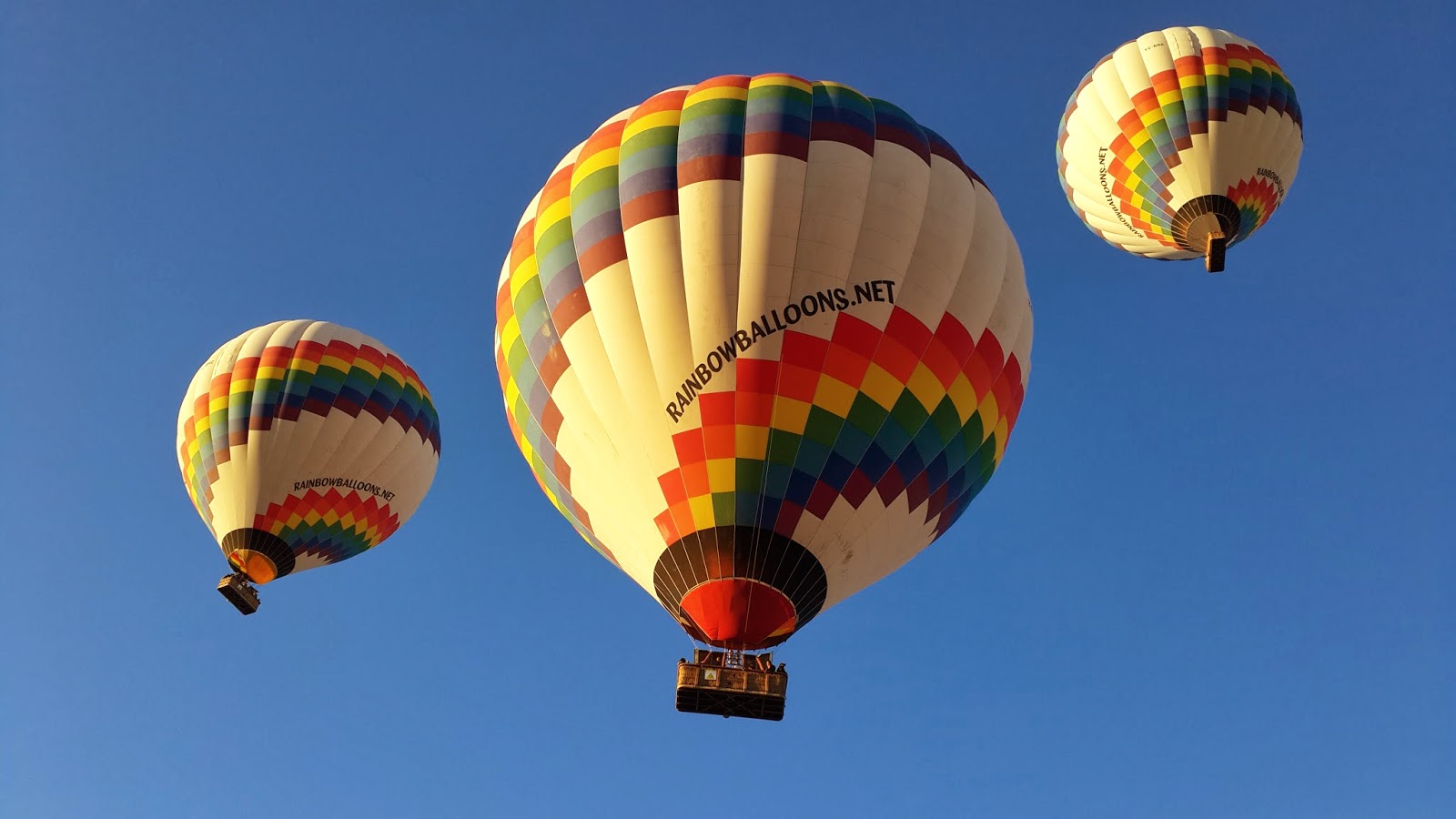 This morning we had 7 balloons and started at Rose valley. It was 1 hour flight. About 100 balloons were flying and it was Heavy Traffic in the sky.

Beautiful and sunny and all the passenger took a lot of pictures. We moved toward Love valley so we could fly over more than 2 valleys. For landing it was really soft. Champagne part was held on the field I also had nice time. Pilot Mehmet 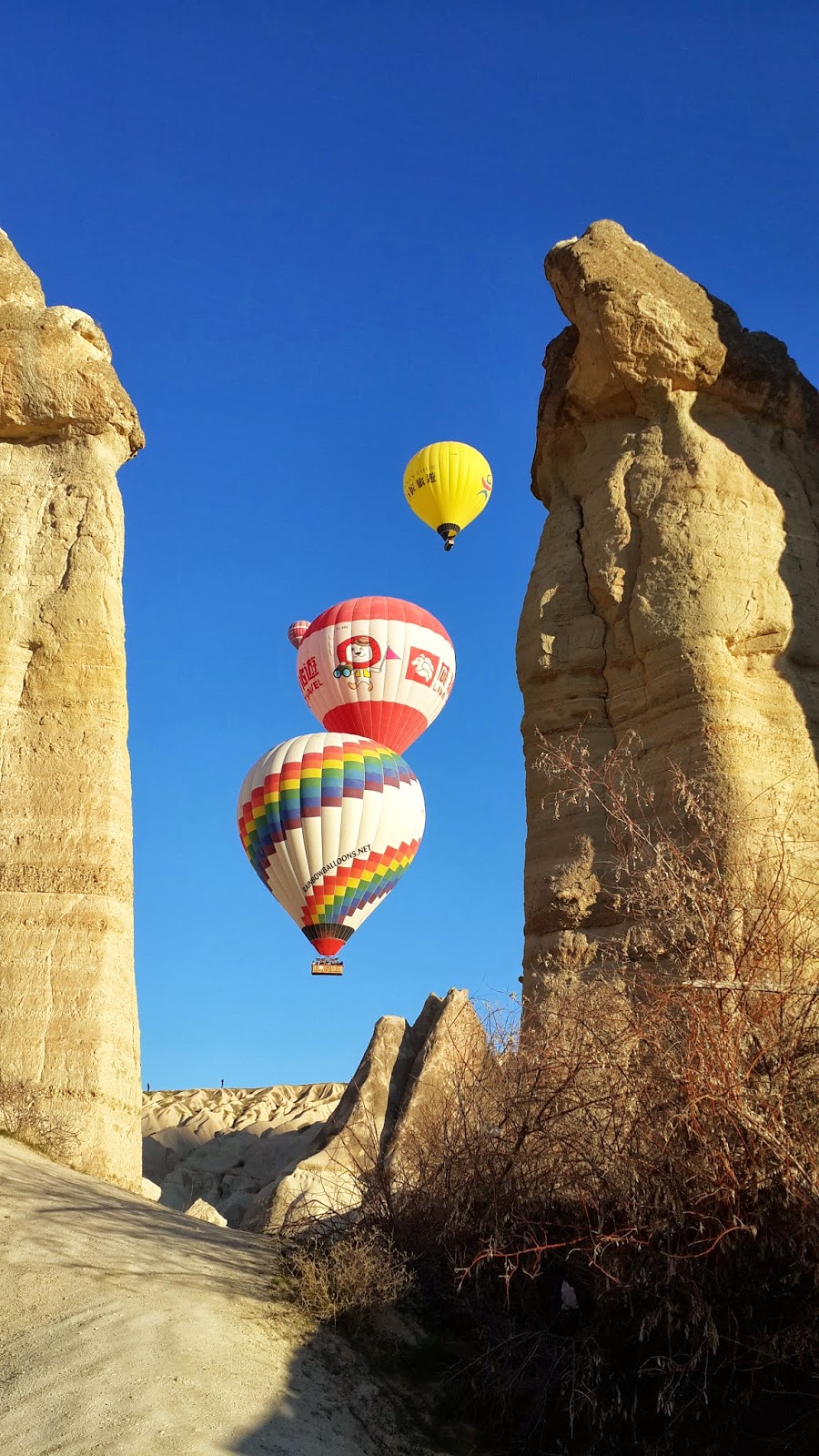 Posted by Rainbow Balloons at 9:02 AM No comments: 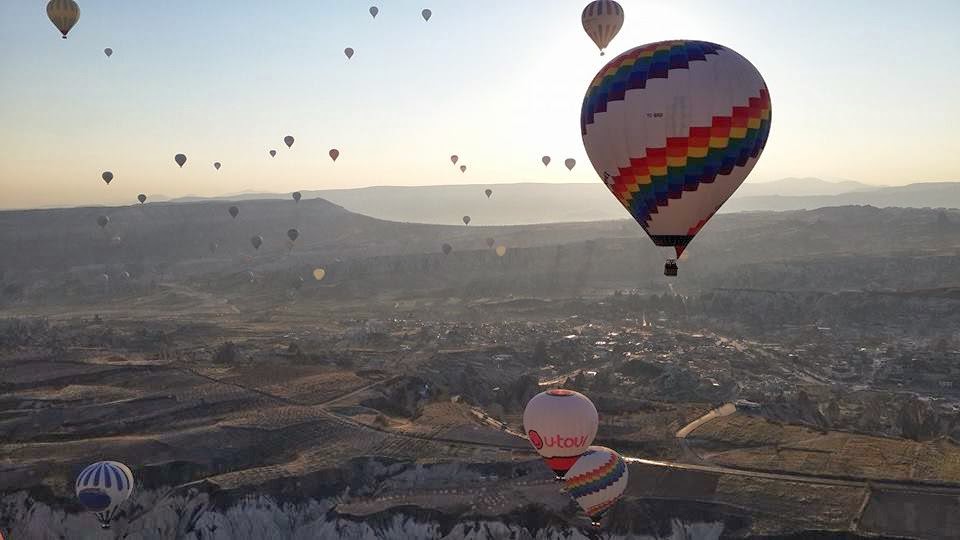 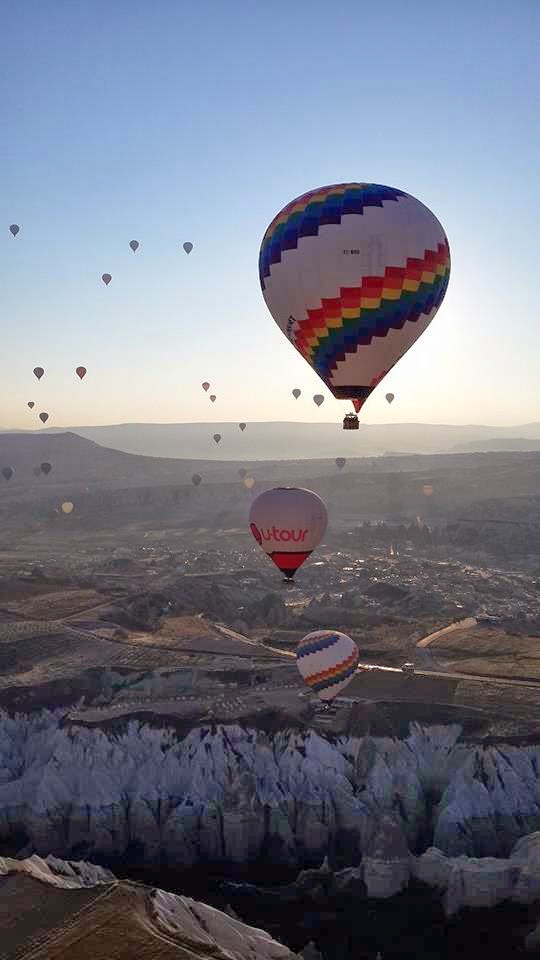 Posted by Rainbow Balloons at 11:32 AM No comments:

The History of Hot Air Ballooning..

THE HISTORY OF HOT AIR BALLOONING

On the 19th September 1783 Pilatre De Rozier, a scientist, launched the first hot air balloon called 'Aerostat Reveillon'. The passengers were a sheep, a duck and a rooster and the balloon stayed in the air for a grand total of 15 minutes before crashing back to the ground.

The first manned attempt came about 2 months later on 21st November, with a balloon made by 2 French brothers, Joseph and Etienne Montgolfier. The balloon was launched from the centre of Paris and flew for a period of 20 minutes. The birth of hot air ballooning!!!

Unfortunately, this same year Pilatre de Rozier (the world's first balloonist) was killed in his attempt at crossing the channel. His balloon exploded half an hour after takeoff due to the experimental design of using a hydrogen balloon and hot air balloon tied together.

The next major pivotal point in balloon history was on January 7th 1793. Jean Pierre Blanchard became the first to fly a hot air balloon in North America. George Washington was present to see the balloon launch.

Now a large jump in time, of over 100 years: In August of 1932 Swiss scientist Auguste Piccard was the first to achieve a manned flight to the Stratosphere. He reached a height of 52,498 feet, setting the new altitude record. Over the next couple of years, altitude records continued to be set and broken every couple of months - the race was on to see who would reach the highest point.

In 1935 a new altitude record was set and it remained at this level for the next 20 years. The balloon Explorer 2, a gas helium model reached an altitude of 72,395 feet (13.7 miles)! For the first time in history, it was proven that humans could survive in a pressurized chamber at extremely high altitudes. This flight set a milestone for aviation and helped pave the way for future space travel.

In 1978, the Double Eagle II became the first balloon to cross the Atlantic, another major benchmark in the History of Ballooning. After many unsuccessful attempts (see our section onAtlantic Crossings for more detailed accounts) this mighty Ocean had finally been cracked. It was a helium filled model, carrying 3 passengers, Ben Abruzzo, Maxie Anderson and Larry Newman. They set a new flight duration time at 137 hours.

The first Pacific crossing was achieved 3 years later in 1981. The Double Eagle V launched from Japan on November 10th and landed 84 hours later in Mendocino National Forest, California. The 4 pilots set a new distance record at 5,678 miles. 3 years after this, Captain Joe Kittinger flew 3,535 miles on the first solo transatlantic balloon flight, setting yet another record.

In 1987 Richard Branson and Per Lindstrand were the first to cross the Atlantic in a hot air balloon, rather than a helium/gas filled balloon. They flew a distance of 2,900 miles in a record breaking time of 33 hours. At the time, the envelope they used was the largest ever flown, at 2.3 million cubic feet of capacity. A year later, Per Lindstand set yet another record, this time for highest solo flight ever recorded in a hot air balloon - 65,000 feet!

The great team of Richard Branson and Per Lindstrand paired up again in 1991 and became the first to cross the Pacific in a hot air balloon. They travelled 6,700 miles in 47 hours, from Japan to Canada breaking the world distance record, travelling at speeds of up to 245 mph. 4 years later, Steve Fossett became the first to complete the Transpacific balloon route by himself, travelling from Korea and landing in Canada 4 days later.

Finally, in 1999 the first around the world flight was completed by Bertrand Piccard and Brian Jones. Leaving from Switzerland and landing in Africa, they smashed all previous distance records, flying for 19 days, 21 hours and 55 minutes.

It's interesting to see how the development of the the hot air balloon has gone full circle on itself. At the very start, the first balloonists burnt materials onboard the balloon to generate heat to propel the envelope into the air. This theory then became obsolete as gas and helium designs were introduced as it was considered safer and more reliable than flying with an open flame. It is only within the last 50 or so years that hot air balloons have come back into interest.
Posted by Rainbow Balloons at 5:04 PM No comments:

Email ThisBlogThis!Share to TwitterShare to FacebookShare to Pinterest
Labels: About Balloon, English 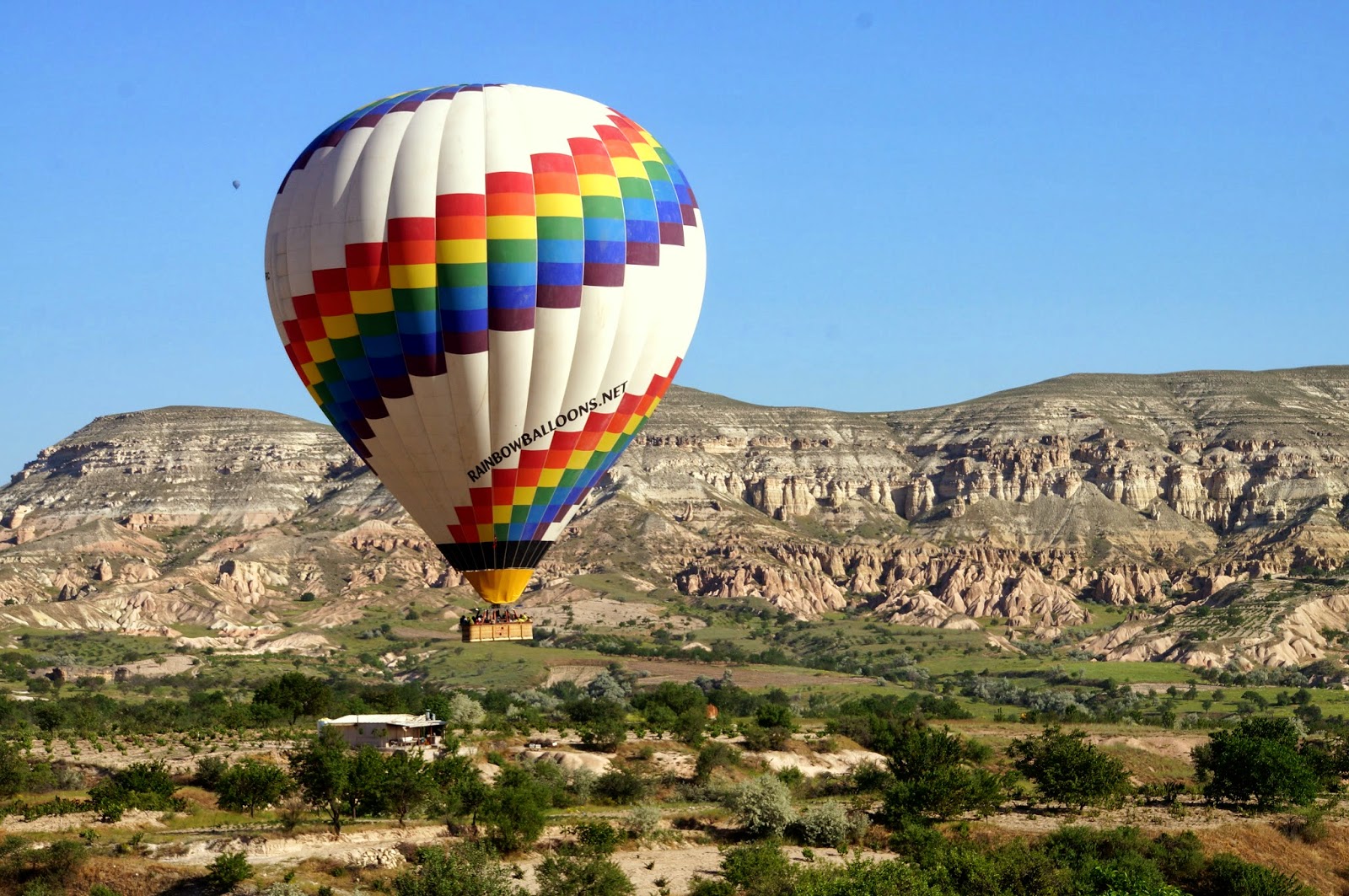 Thank you for sharing your experience, we look forward to hearing form you as well.

Posted by Rainbow Balloons at 9:17 AM No comments: 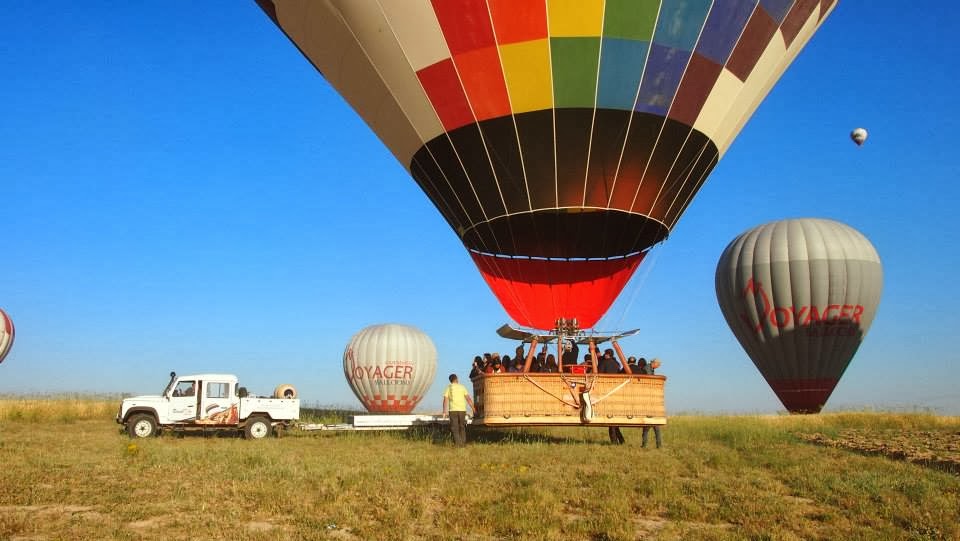 Posted by Rainbow Balloons at 7:39 AM No comments: